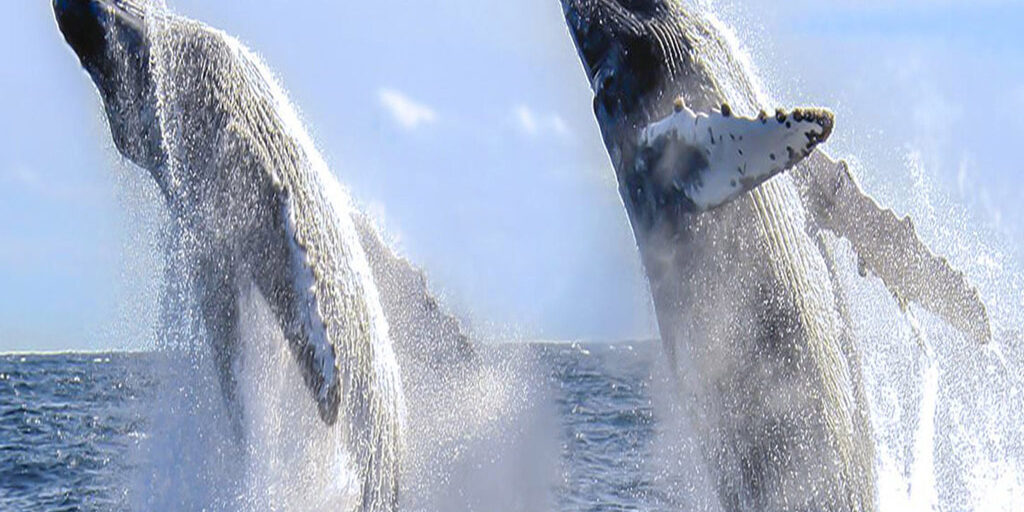 When you hear “whale watching,” it might evoke the memory of an elementary school field trip onboard an unsteady charter boat in the chilly North Atlantic wind or in the brisk cold weather in along the coastlines of the pacific side of Canada or Alaska. However, our VIP service aboard a luxury yacht is redefining the whale watching experience in Cabo San Lucas.

Clearly known for its beaches, nightlife, and watersports such as snorkeling, deep sea fishing, and scuba diving, Cabo San Lucas is also one of Mexico’s premier whale-watching destinations in the world. Our company is redefining the whale watching experience in Cabo San Lucas.

The capital of the Baja Peninsula, Cabo San Lucas sits at the junction of the Sea of Cortez and the Pacific Ocean, waters that serve as migratory stops and breeding areas for humpback and gray whales. With Cabo Life Yachts you can spend the perfect day in Cabo on a VIP-style whale watching excursion in the tropical breeze, on the Mexican coast’s sun-drenched waters.

When is Best to go Whale Watching

The key to successful whale watching? Any time and every time you have this once-in-a-lifetime opportunity! Visiting at the right time of the year is important. Whales don’t plan their migration patterns around our vacations, so prospective whale watchers need to be aware of when whale activity is highest.

Whales travel 3,000 miles from their feeding grounds in Alaska and Siberia to their home on the Mexican coast each year to mate, reproduce, nurse their calves and socialize. The whale-watching season in Cabo extends from November through April. However, “peak whale watching” experiences means that most activity takes place in January through March when the females start calving which means it’s also the best time to see baby whales. December to January also registers high activity, when males travel from pod to pod looking for females.

The time of day you hit the water also plays a role in what whales you might see. Whales are most active in the afternoon and early evening due to high tides and increased winds. Whales in Cabo have also been observed to be active in two-to-three-day cycles before taking a few days to rest. It’s important to be aware of these cycles when planning your yacht charter. 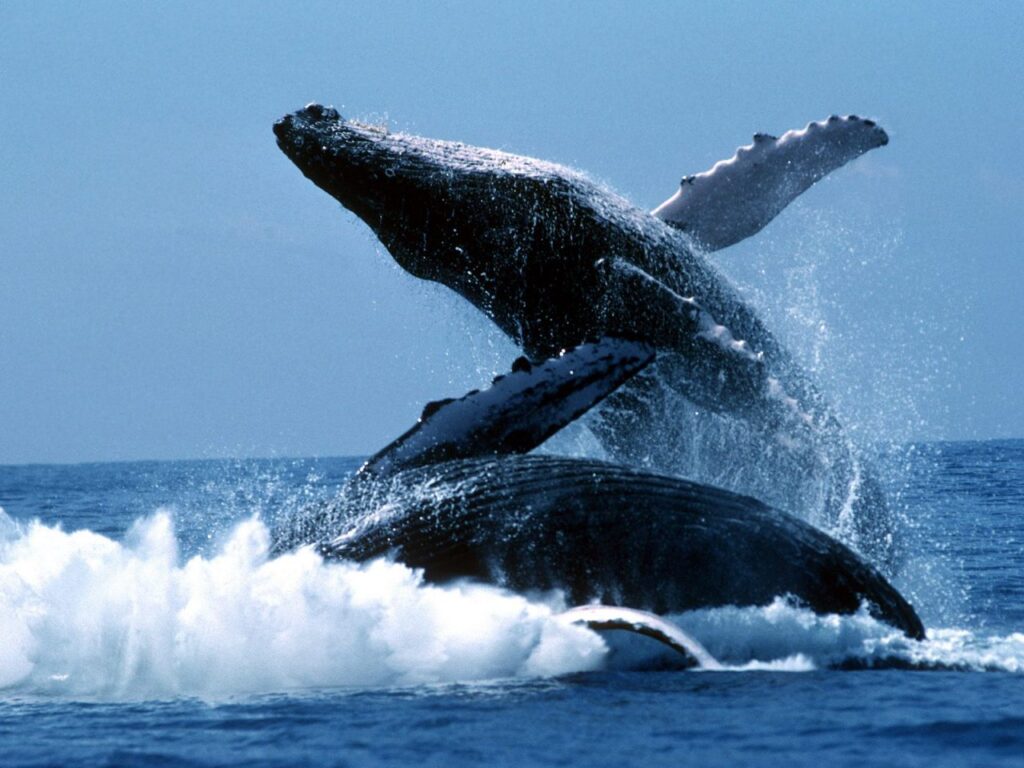 So, what whales can you actually expect to see? Whale watching means getting up close and personal with some of the ocean’s most awe-inspiring wonders of the natural world. Humpback whales make up the majority of Cabo’s whale population, identifiable by their dark hue and playful nature. They migrate to Cabo San Lucas from November through April, spending the entire season there.

Gray whales are another frequent visitor off the coast of Cabo San Lucas, especially near Magdalena Bay from early January through mid-April. They travel in small groups and are often spotted close to shore. It is entirely possible that travelers will even be able to catch a glimpse of gray whales from land.

You can also expect to see many whale sharks between October and late April. Considered the world’s largest fish, growing up to 39 feet long, whale sharks can be recognized by their gray-brown skin with white spots and horizontal stripes. But don’t worry, they only eat plankton and pose no harm to humans.

These aren’t the only marine mammals you’ll see in Cabo, either. It’s not unheard-of to catch a glimpse of orcas, blue whales, sperm whales and fin whales, though they often pass through the area quickly without lingering long.

The best location for whale watching often depends on the species itself. Gray whale calves, for example, tend to remain in protected lagoons and coves to develop their hunting and survival skills, while humpback whale calves are more likely to venture into open waters and hunt for food close to shore.

Luckily, you won’t have to worry too much about chasing whales up and down the coast, as your whale-watching yacht captain and crew are also experts on the subject.

Your level of preparation can either make or break your whale-watching experience. Here are some tips to keep in mind before going out on a private yacht for whale watching (and much more!).

Just because you’re under the Cabo sun, doesn’t mean you’re immune to the chilly ocean wind. It’s always a bit colder on the water than it is on land, so make sure to pack layers to stay warm, mostly in December and January. That includes sweatshirts, light gloves, and hats that cover your ears. Waterproof clothing like jackets and shoes are also smart, as you might not stay as dry as you’d think.

You might be spending the day out on the water, cooled by the sea breeze and occasional ocean spray, but the sun’s just as strong on the boat as it is on the beach. In Cabo, the sun shines year-round so don’t let it be your downfall. Nothing ruins a vacation more than a nasty sunburn, so don’t skip the sunscreen before your VIP whale-watching excursion aboard a yacht.

Put the Camera Down (Some of the Time)

There’ll be plenty of time to take photos, so don’t forget to unplug and soak in the moment. In the age of smartphones, “bring a camera” is advice no one needs to hear. Of course, you’ll have a camera on hand to capture every majestic whale-watching moment. The real trick is knowing when to put the phone down. You are in Cabo with friends or family. You’re surrounded by some of the most beautiful creatures on the planet.

After all, the only thing better than watching a humpback whale leap out of the water through your iPhone lens is watching it with your own eyes. 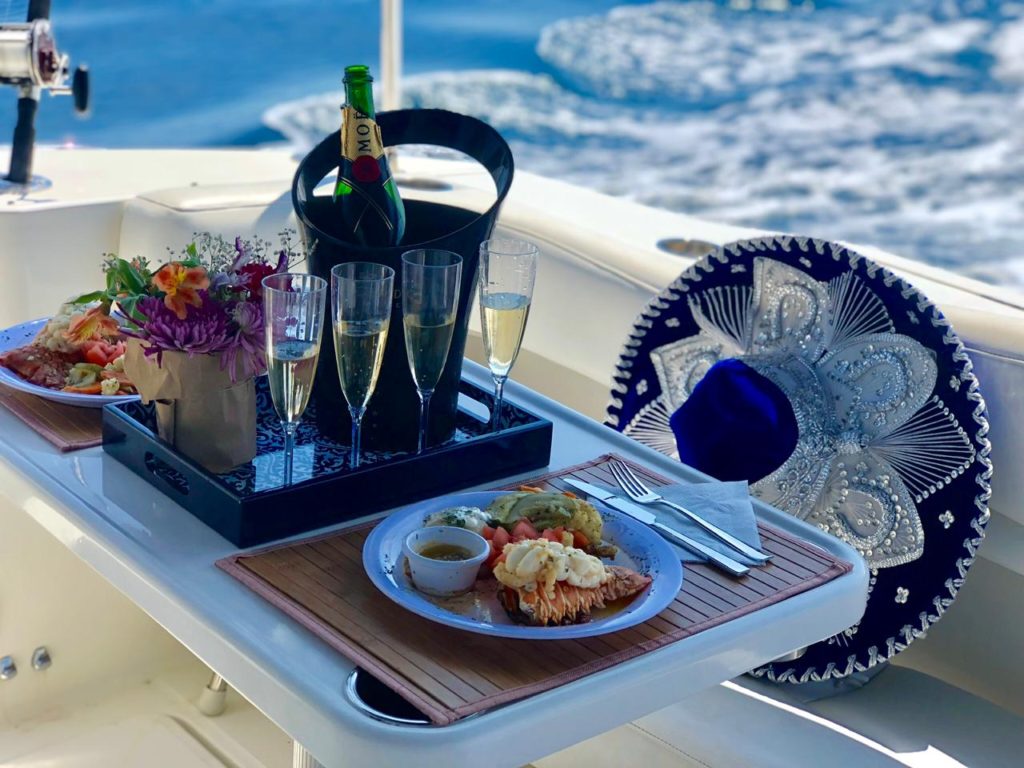 Watching whales doesn’t come with any guarantees. You shouldn’t expect to board the ship, take out your camera, and immediately see dozens of whales leap out of the water on cue. Whales aren’t enlisted actors performing on a stage for our amusement and they’re simply living their lives down there. Whale watching in Cabo San Lucas means observing whales in their natural habitat, so patience is key.

Typically, we highly recommend a combination of both whale watching with another activity or two aboard the yacht for a 5-hour to 8-hour charter. That way, there is plenty of time to whale watch, enjoy some swimming, a trip to the Arch, and lunch or a sunset taco-fest aboard yacht with all of the VIP services included.

Luckily, Cabo’s whale population during breeding season is quite high, and it’s extremely likely you’ll see plenty of whale activity unlike any place in the world. Just remember that it might take a while to see your first whale or whale pod during a whale watch, and that whale might not be doing somersaults and backflips.

Gear up for the adventure of a lifetime on the stunning waters of the southern Baja Peninsula, home to some of the most majestic creatures our world has to offer. You won’t want to miss this unique whale-watching experience especially aboard a private yacht.

For more information about a private whale watching tour with all of the VIP services included, please contact the Cabo Yacht Life team today.