Best Weather for Yachting in Cabo 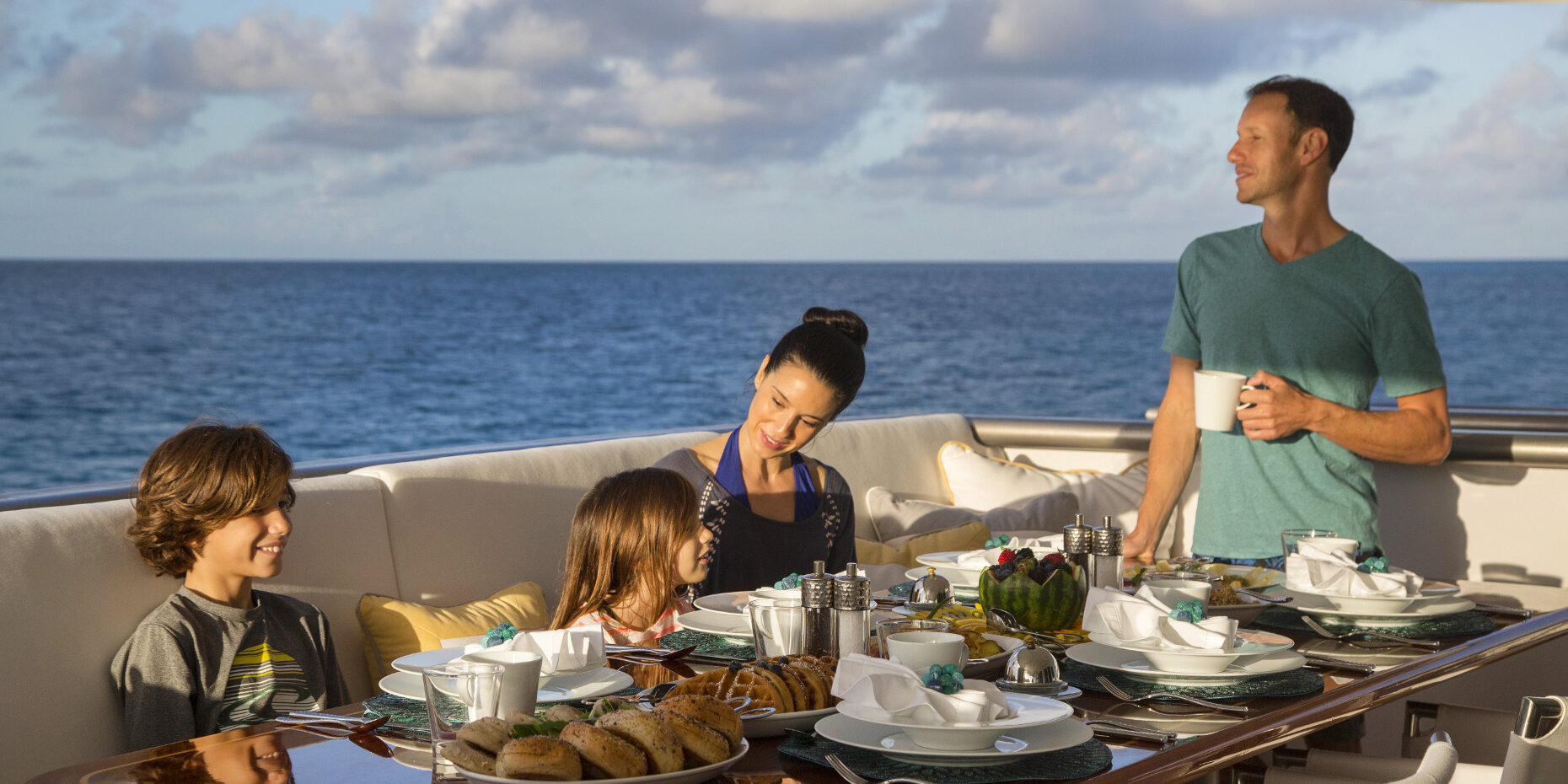 Why? Mainly because both the weather and water conditions will vary throughout the year. These changes in climate are not only perfect but provide clearer waters for snorkeling, Scuba diving, and stand up padding. The warm water temperatures are drivers for the migration of fish to and from the area for amazing fishing activities in addition to whale migration.

About 350 Days of Sunshine in Cabo

Just how many days of sunshine does Cabo San Lucas get? Some visitor websites say 300, others claim 350, but the Los Cabos official state tourism website takes no position and simply describes the climate as “subtropical desert.” That sums it up nicely!

Cabo is warm and dry, and for visitors flying in from wetter, colder or hot and humid climes, that is the main draw to the destination. With the exception of an occasional tropical storm buffeting the coast of Mexico, the weather ranges from balmy to siesta-inducing and is perfect for a change of pace.

The best weather for yachting in Cabo San Lucas, Mexico is definitely a year-round activity. Temperatures are warm year-round, with August the hottest month (75 to 92 degrees F) and January and February the coldest (54 to 79 degrees F). For perfect weather with temperatures from the mid 70s to mid 80s as well as a getaway from colder climates, November through April are high season months, and accommodation prices typically reflect the demand.

April and May are the driest months with practically no rain at all, and in May and June, the temperatures get well into the 80s. You’ll probably want to be on a yacht or near the pool in your villa rental enjoying the sunny weather.

Late July, August, and September are the warmest months with higher humidity, and the wettest months are August and September averaging about two to three inches of rain. Hurricanes are possible during those months, but they are relatively rare. For avoiding crowds and high prices, a late summer visit could be worth considering.

Whale watching season runs from about December through April, with humpbacks frequently seen during that time of their migration. In February, the calves (baby whales) become active. The gray whale season is from January through March. Luxury yacht charters to see the whales up close are very popular during that time. 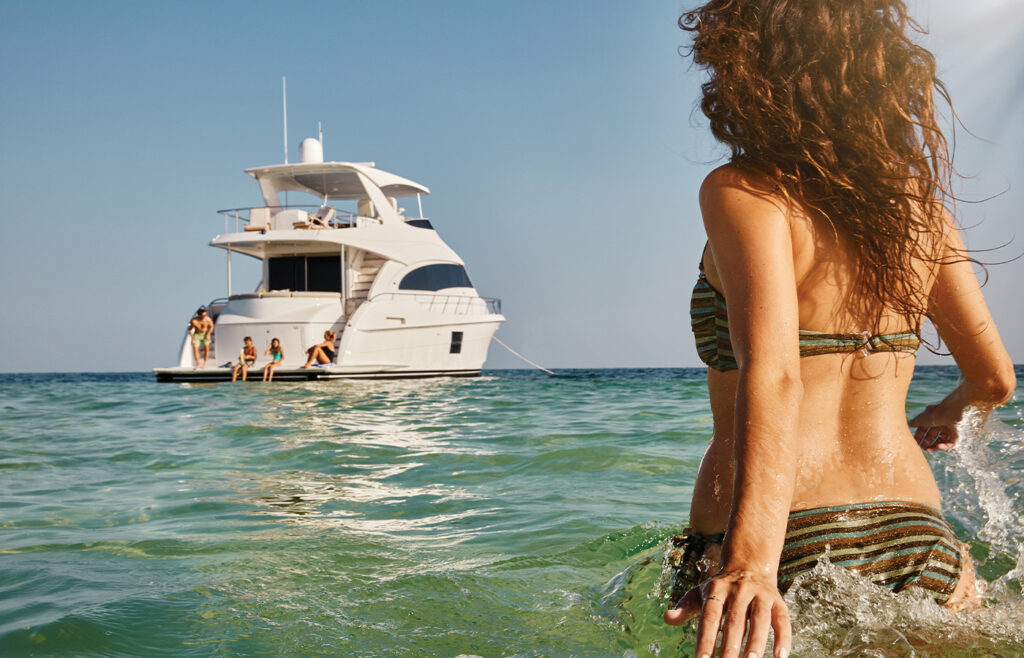 The Los Cabos area gets an average of only 10-11 inches of rain per year, with much of it coming in September and early October. When the weather is hot, it’s a perfect time to explore indoor attractions like the Puerto Paraiso Mall located at the Cabo San Lucas Marina. Although rare, during sudden rains, the area may experience flash floods on rural roads around Los Cabos and in the Baja desert.

The exception to the area’s minimal rainfall comes from May to November when tropical storms are born in the warm waters off southern Mexico and follow the coast north. Most veer west of Baja, taken by their natural rotation out into the Pacific, but some make landfall or occasionally move into the Sea of Cortez on the eastern side of Baja.

Tropical storms can generate heavy rainfall of up to 12 inches or more an hour, and also create what the locals call “chubasco” winds that whip up the surf. Based on past patterns, Los Cabos is most at risk between mid-August and mid-October. We always heed storm warnings and if the marina closes due to strong winds, our company will not operate in those conditions. Guest safety is of paramount importance.

The temperature in the Sea of Cortez averages 72 degrees year-round, climbing into the mid-80s and 90s in the summer months. High-pressure systems over the southwestern United States can create strong winds, similar to California’s Santa Ana winds, blowing long and hard across the Sea of Cortez into the southern state of Baja California Sur. In winter, winds from the north blow along the Pacific coast of the Baja and can be a bit chilly.

Things to Know about the Cabo Weather

Wear sunscreen at all times when visiting Baja or aboard a yacht. Cabo is going green so biodegradable sunscreen is preferred to protect delicate ocean and desert ecosystems. Visitors also should pay close attention to their fluid intake, drinking at least six to eight glasses of water a day. The best weather for yachting in Cabo is year-round. However, we always stock an ample amount of water. Combing the sun with water activities can also be a rigorous activity.

Remember that alcoholic and caffeinated drinks can dehydrate the human body. For trips into the desert or to remote beaches, bring one gallon of water a day for each person.

Monthly Temperatures by the Numbers:

Weather is warm all year, with minimal rainfall totaling around 11.4 inches annually. September is the wettest month receiving about four inches of rain. Hurricane season runs from around August to September, but hurricanes are rare in Baja. Water temperature ranges from about 72 degrees in February and March to as warm as 85 degrees in September. As the water temperatures change, so do the water activities such as fishing, snorkeling, Scuba diving, and whale watching.

Average lows and highs by month in Fahrenheit: 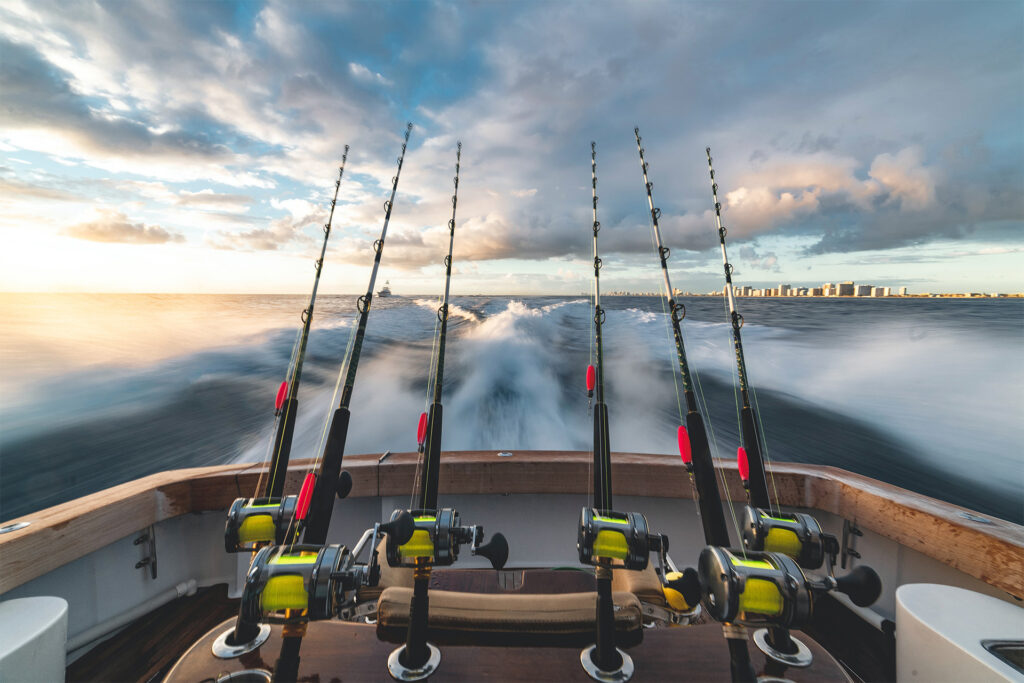 Above all, sportfishing is an activity in Cabo that attracts tourists from all over the world and the fishing is based on weather conditions. We provide fishing aboard yachts with ample space, a comfortable environment, lunch, drinks, and awesome perks. A major benefit we offer with our yachts is ample space for anglers and guests.

For instance, the best fishing lies just between the Sea of Cortez and the Pacific Ocean. These two bodies of water join in a tumult of marlin and swordfish, wahoo, Dorado and yellowtail, snapper, corvina and even rooster fish. Cabo has over a 90% catch and release rate as a measure to ensure the populations remain stable. Cabo is one of the world’s greatest fishing destinations today.

You can be a part of the Cabo fishing history! If you don’t include a VIP fishing activity or snorkeling adventure during your trip, you simply have not experienced Cabo.

With over 30 years of experience, we know the local waters. The best weather for yachting in Cabo is year-round. We pamper guests with exceptional service. Please contact our Cabo Yacht Life team today to learn more about our VIP fishing packages aboard a luxury yacht.