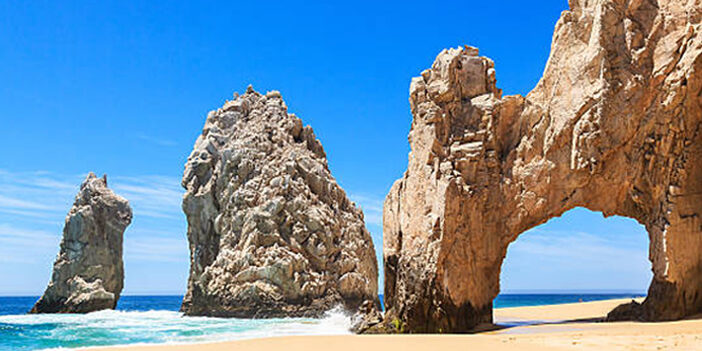 Cabo is an amazing town. No wonder why millions of foreign enthusiastic tourists and permanent residents go to Cabo every year. Its long and fairytale-like history reveals itself in everyday life. It’s known as a haven for yachts, sport fishing, nightlife, golf, and where the desert meets the sea. However, the cultural and social diversity provides unbelievable stories.

If you believe you know everything about the Cabo, we bet you don’t. To feed your curiosity, scroll down to read some interesting facts about Los Cabos, Mexico you might have never heard before.

1. The Marlin Capital of the World.

Cabo San Lucas is known as “Land’s End” as it is the last piece of land in the Baja California Peninsula.

Fishing tournaments, charter captains, and famous fishing spots. You name it, Cabo’s got the fishing. In fact, there are more marlin caught per hour in this year round sport fishery at the southern tip of Baja California than at anywhere else in the world. No lie! So it’s not a bit surprising that in less than twenty years, this once-sleepy fishing village has transformed not only into a huge spring break destination, but one of the best places to go bill fishing as well— thanks to all those famed worldwide anglers who flock here year after year.

In these deep blue Pacific waters, striped Marlins are readily abundant during the months from September to March, while Blue or Black Marlins swim freely about the ocean waves from June to October. This Mexican island getaway is also just great if you’re looking to hook into some dorado, wahoo, yellowfin tuna, yellowtail, sailfish, mako, or even a couple of hammerhead sharks. Plus, with the best weather you could ever hope for almost all the time, Cabo is the place to go for self-proclaimed fishing aficionados. 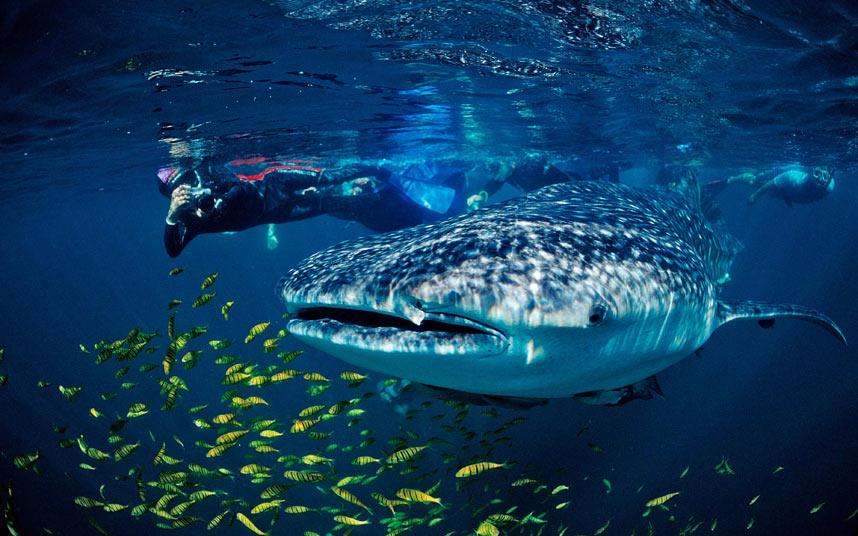 The Sea of Cortez has an almost legendary status among divers and marine naturalists. John Steinbeck wrote a book about his voyage here aboard a scientific collecting expedition in 1940. Jacques Cousteau famously called it “The World’s Aquarium”.

The 60,000-square-mile gulf is divided between a temperate zone north of La Paz, the state capital of Baja California Sur, and a warm-water “Panamic” zone (southward to Cabo San Lucas, on the peninsula’s tip). The confrontation and subtle mixing of these two ecosystems partly accounts for its richness: some 900 fish species and 32 types of marine mammal gather to feed and breed here. Massive blooms of plankton mean that even elusive blue whales are seen here, along with the gnarled humpbacks and grey whales that sound and breach in the bay, to the delight of whale-watching parties.

3. 6 Species of Whales Migrate Past Cabo

Whale watching means getting up close and personal with some of the ocean’s most awe-inspiring wonders of the natural world. Humpback whales make up the majority of Cabo’s whale population, identifiable by their dark hue and playful nature. They migrate to Cabo San Lucas from November through April, spending the entire season there.

Gray whales are another frequent visitor off the coast of Cabo San Lucas, especially near Magdalena Bay from early January through mid-April. They travel in small groups and are often spotted close to shore. It is entirely possible that travelers will even be able to catch a glimpse of gray whales from land. These aren’t the only marine mammals you’ll see in Cabo, either. It’s not unheard-of to catch a glimpse of orcas, blue whales, sperm whales and fin whales, though they often pass through the area quickly without lingering long.

The best location for whale watching often depends on the species itself. Gray whale calves, for example, tend to remain in protected lagoons and coves to develop their hunting and survival skills, while humpback whale calves are more likely to venture into open waters and hunt for food close to shore.

Luckily, you won’t have to worry too much about chasing whales up and down the coast, as your whale-watching yacht captain and crew are also experts on the subject. 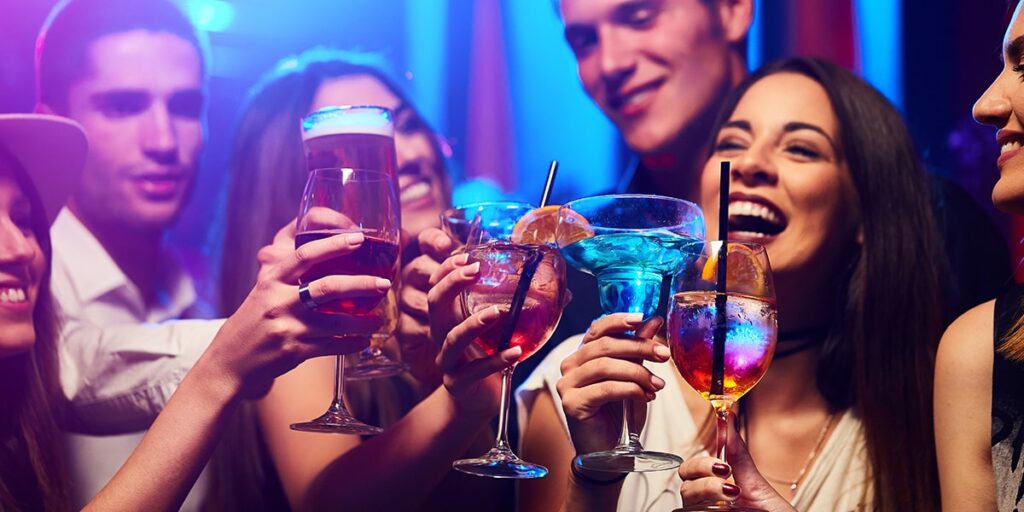 The Cabo San Lucas nightlife attracts travelers from all over the world to let their hair down and celebrate. Friends and family come here for birthday getaways, bachelor parties, spring break trips, and simply for a beach vacation. No matter what brings you here, the Cabo nightlife offers something for everyone. If you’re looking for what to do in downtown Cabo, order a drink and have a dance at the nightclubs.

A night at El Squid Roe is one of the classic options for things to do in Cabo San Lucas, a club where you’ll find couples out on a date, friends partying, and even celebrities letting loose. The three floors of the club feel like a house party with a DJ playing music for all ages. People even climb on the tables to dance and waiters equipped with spray tanks of tequila. El Squid Roe is one of the most iconic Cabo San Lucas nightclubs.

The Cabo San Lucas nightlife attracts all sorts of celebrities including rock and roll legends. Many celebrities own villas because flights from Los Angeles land in just a couple hours. It’s not uncommon to see them out and about. Sammy Hagar, lead singer of Van Halen, has made Cabo his home away from home. Decades ago, he opened his own club called the Cabo Wabo Cantina.

“Cabo” is one of the most sought out destinations by North Americans. However, travelers simply refer to the place as, “Cabo”. The twin towns of Cabo San Lucas and San Jose del Cabo are separated by a 20-mile stretch of coastline. The population growth rate is more than fifteen percent a year. For instance, the short flight time, improved security and ease of traveling are attractive to both vacationers and also potential home buyers.

Annually, more than 3 million people passengers pass through the Los Cabos airport. Incredibly, 90 percent of travelers come from the United States and Canada. The main draws are always light fishing and deep-sea fishing. If fishing and great weather 350 days per year are a passion there is no better place than being in Cabo San Lucas.

There are an abundance of additional fun facts about Cabo and the surrounding areas. Please continue to follow our newsroom as we continue to shed light on some truly interesting facts about Cabo! As local experts with over 30 years of experience in the destination, please contact us with any questions or for more information about Cabo.